The culture of non-violence might
finally penetrate the thick cover of dark clouds
Besieging us in a prison of anxiety, violence and absurdity,
to restore communication with a sun
That does not despair of calling us every single morning…
Walid Slaybi
Founder of AUNOHR
His first message at the occasion of AUNOHR opening ceremony in 2009.

Overview
AUNOHR (Academic University College for Non-violence & Human Rights) was founded as an independent higher education for Lebanon and the Arab world under the Lebanese law for higher education (Ministerial Decree no /487/ date 04.09.2014) and received a ministerial license to proceed for academic activities No. 714 / M / 2015 dated 18.08.2015.
The legacy of AUNOHR is based on 30 years of pioneering experience of its founders, Walid Slaybi and Ogarit Younan, and is considered as a first-of-its-kind in Lebanon, the region and unique at the international level. As a matter of fact, AUNOHR is building academic cooperation with local, regional and international universities, colleges and other institutions.

AUNOHR was founded with an objective to remain an incubator for both an academic professionalism and constructive social change, starting with the personal development of every student.
AUNOHR is not merely an additional university; it is an original higher education institution that is urgent to exist in every society. AUNOHR provides curricula unavailable in the existing higher education systems, and many officials and representatives of other universities held in this concern: “by its quality uniqueness, AUNOHR is not a competition but rather a needed complement to what already exists”.

As international non-violent thinkers have said: "It is a unique endeavor and addition that we have long waited for throughout the march of the world's non-violent heritage".
Many international, Arab and local personalities joined the International Advisory Council including Nobel Peace laureates, non-violent pioneers, academics, economists, and literary, political, human rights and cultural actors who are committed to the non-sectarian and non-violent civil option in the development of societies.

AUNOHR faculty members are experts, philosophers, intellectuals and developers of innovative courses in various fields from Lebanon and the world. By being a new specialty, academic non-violence is primarily transmitted and taught at AUNOHR by pioneers and authors reference in the field, which constitutes a distinguished added value of AUNOHR faculty.
Being a new idea in higher education, the curricula of nine different disciplines were innovated and evaluated and a full pilot experience was hence realized at the Master level (2009-2011); many described this experience as "the achievement of a dream".

AUNOHR has chosen to start with postgraduate studies, to reach first to the professionals and disseminate the impact of this type of university studies. Currently, AUNOHR offers two levels of formation: Master Degrees and University Diplomas (Undergraduate level soon).
AUNOHR offers programs, with more than half of the curricula are innovative, that encompass the following specialization (for both the Master Degrees and University Diplomas):

AUNOHR students are from Lebanon and the Arab world, with various academic backgrounds since there are no equivalent previous specializations in the field within the existing higher education.
Candidates may apply and register at their convenient dates, whereby enrollment occurs at any date of the academic year and students proceed with the programs following the credits system.
AUNOHR has a flexible unconventional higher education philosophy where education is a life in itself... A common conclusion is reached by AUNOHR students (see the documentary testimonials about "AUNOHR as seen by its students") that is "AUNOHR was for them a turning point and changed their lives..."

In addition to the academic departments, AUNOHR encompasses a specialized “Training and Development Center” for professional continuing education which, owing to the contribution of local and international experts, provides academic training to civil society, decision makers and community influencers.
At the Professional level, AUNOHR is pleased to have programs with high professional efficiency that benefits other academic and professional fields, and to provide the business world, in particular the protagonists and professions of social change, with new professional roles and skills having the desired academic professionalism.

…And as one of the first AUNOHR supporters, who described AUNOHR - like all other supporters did – as a pioneering vision in the reality of our region, said, "I thank you more than you thank me..."

AUNOHR aims to achieve both academic competence and societal change;
It is first and foremost a space where each student can reclaim his or her ‘authentic self’.

The mission of AUNOHR resembles the design of the logo that adorns its name:
A solid and unique education is at the heart; it is the foundation.
Around it, students come from Lebanon and the Arab region to retrieve the vibrant colors of life, each to empower his/her self at first, and then to disperse back to their communities as birds of freedom that disseminate the concepts and professional skills of nonviolence.
In doing so, students would be living out the core principles of nonviolence: that ends and means are intertwined and inseparable, just like ‘the tree’ and ‘the seed’ in the words of Gandhi.

Self-Change
The distinguishing pedagogical feature in the curricula and philosophy of AUNOHR is what it offers to its students for the goal of self-change. This dedication to help students in self-improvement is evident in the design of academic content and teaching methods, as well as in the participatory and humane working dynamics that are adopted. It is a priority need that all academic talents, regardless of major and future career path, be chiseled in line with the culture of non-violence. This is the mission of AUNOHR, both to its students and to higher education at large.

Societal and Professional Change
Societies everywhere seek peace and justice; they seek a salvation from violence for they know that violence threatens all that they build. Just like war is born in the minds and just as policies of violence are planned, followed, and obeyed by humans, then so can peace be born in the minds and hearts. This should begin in early education, and especially at the university level, so that it can later be disseminated to all fields of communal life.

There is no doubt that the need to disseminate and teach the culture of non-violence is not merely a matter of academic interest, but rather it is a great existential need and a much wanted horizon of hope for the entire Arab World and the World at large. 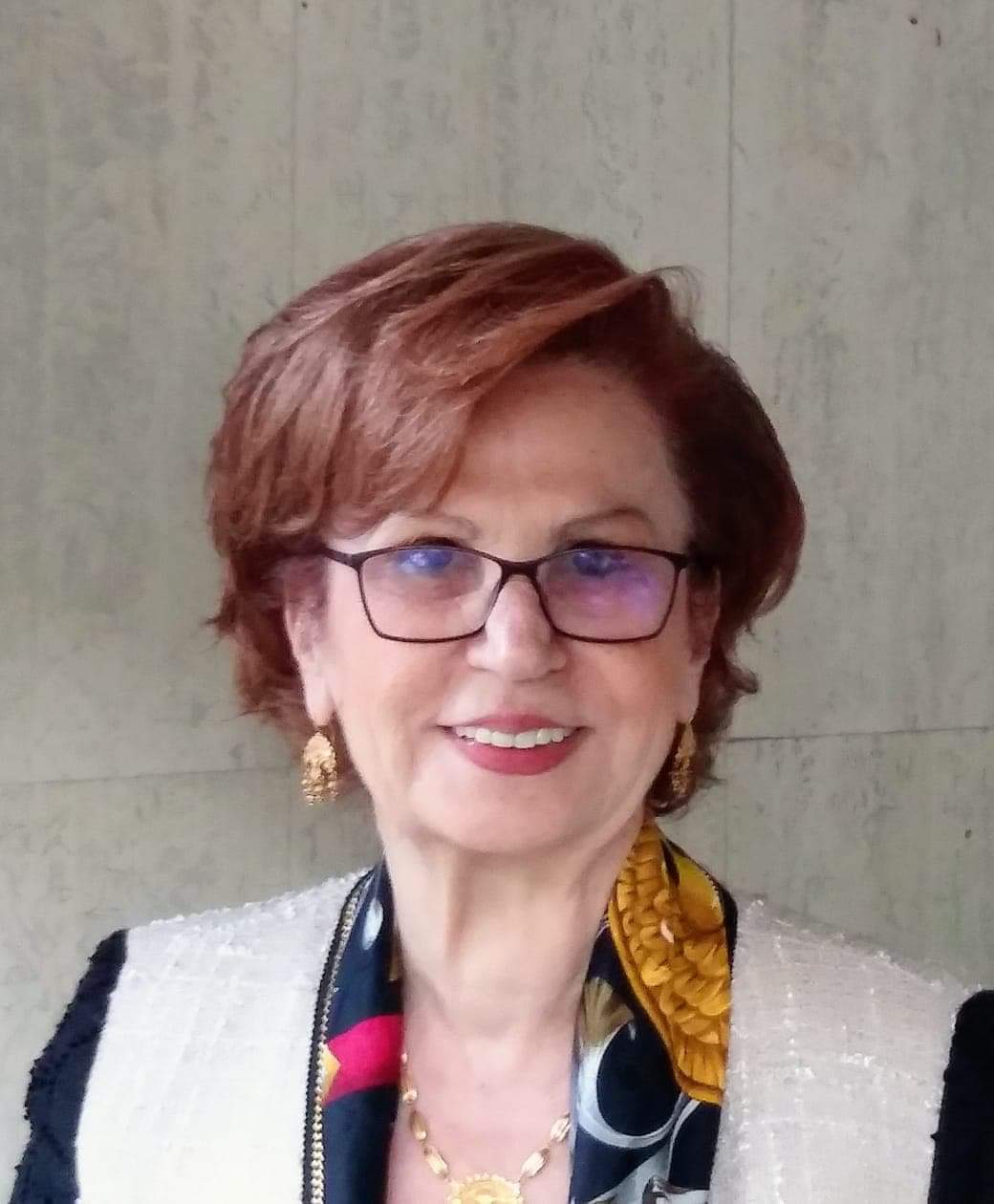 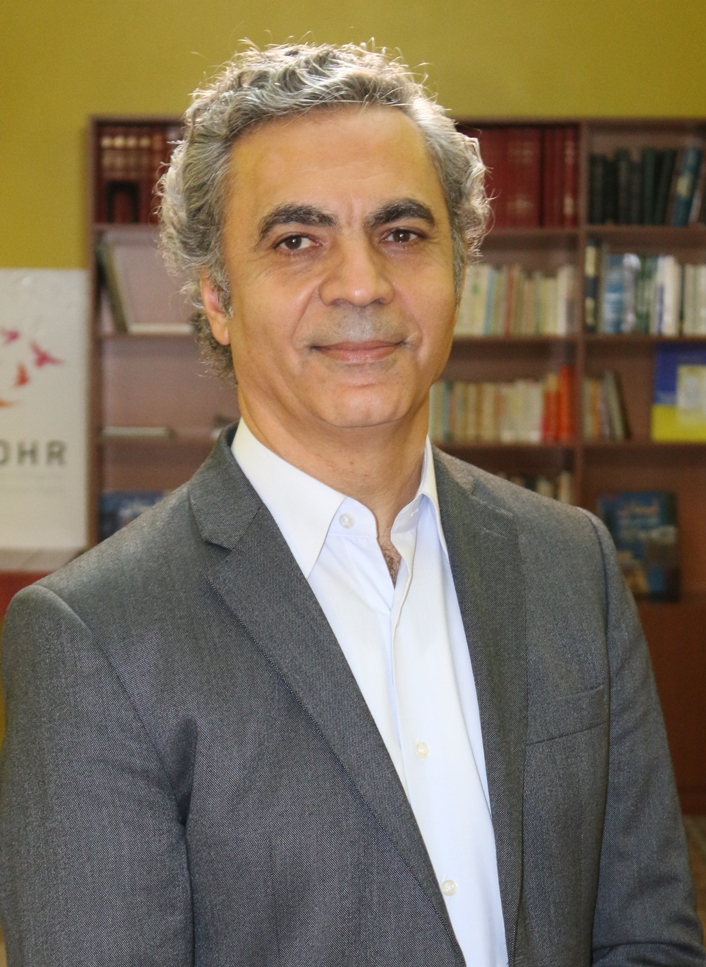 The first AUNOHR Boards members are the following:

Dr. Hussain Shaban
Vice President; Member of the academic Board 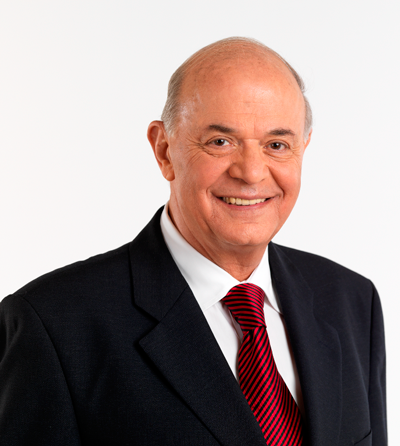 The Council of Fellows

AUNOHR will seek to establish an Arab network of nonviolent fellows, based on local council in each country starting by Lebanon.

AUNOHR has an international advisory council to serve as a cornerstone of the university structure and to promote its international presence.

Thanks to the network of global relations built by AUNOHR’s founders throughout their career, the first international advisory council for the University was formed. It consisted of 13 personalities from France, India, Argentina, Spain, Syria, Lebanon, Italy, Jordan, Haiti, Iraq, North Ireland and Norway.
Many Council members created and or participated in the first nonviolence movements and experiences during the last century, including Nobel Peace laureates, philosophers, intellectuals and leading activists who are still struggling for just causes everywhere.

The philosopher Jean-Marie Muller, is a founding member in the council.
Professor Federico Mayor is the first chairman of the council.

The late Archbishop Grégoire Haddad, one of the early pioneers of non-violence in Lebanon, said: “I was not surprised (about the establishment of the university) since I had been following the evolution of the founders’ career, my friends, and I know how persevering and stubborn they are. That career could not have been completed without the creation of a scientific institution to spread nonviolence”.

The intellectual Sheikh Jawdat Saiid from Syria sent his first allocution to his fellow founders, saying: “The establishment of a nonviolence university is a declaration of the death of the institution of war”. 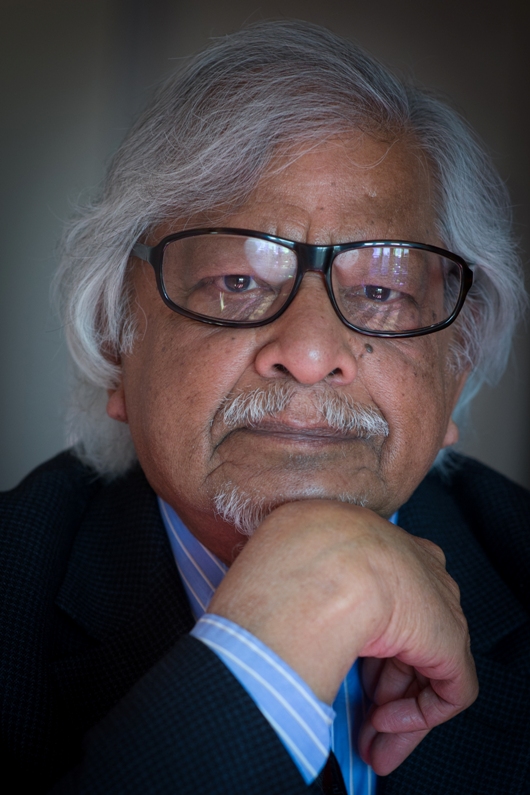 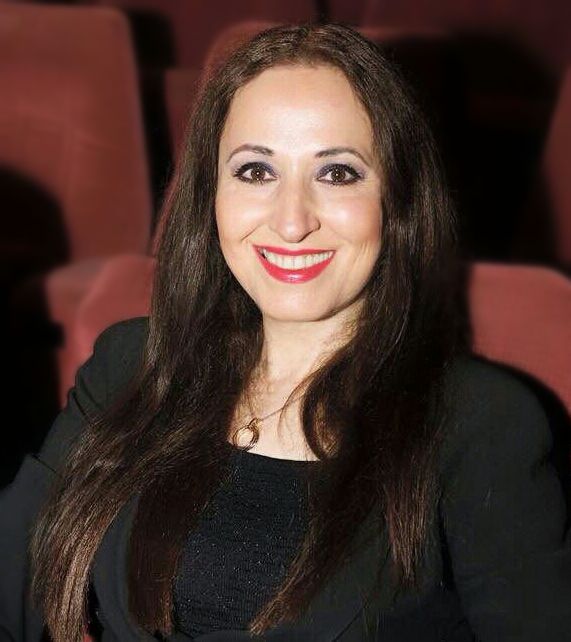 Departed Members,
A tribute to all members who joined AUNOHR and described the establishment of a university for the culture of non-violence as “a historic event" they have long dreamed of and "an existential need for our societies today" ...
A tribute to their lifetime contributions. They will remain forever present in the journey toward non-violence and local and international innovation.
Grégoire Haddad (Lebanon), Marco Pannella (Italy), Zaha Hadid (Iraq - UK), Emily Nasrallah (Lebanon).

AUNOHR faculty members are experts, philosophers, intellectuals and developers of innovative courses in various fields from Lebanon and the world.
By being a new specialty, academic non-violence is primarily transmitted and taught at AUNOHR by pioneers, which constitutes a distinguished added value of AUNOHR faculty.

"Reuniting" at an academic level many non-violence pioneers from all over the world,
●The selection of faculty members at AUNOHR is itself a major research, not only because AUNOHR is a relatively new higher education institution but also because it is first-of-its kind. As part of an endeavor to "reunite" within a university and an academic framework, professors are selected throughout a perpetual and extensive search for pioneers and experts in the culture of non-violence.
*The first professors, lecturers and experts who taught at AUNOHR are from France, Belgium, Italy, Spain, the Netherlands, Switzerland, India, Norway, UK, Iraq, Syria and Lebanon.

Preparing future non-violence instructors,
●Since its establishment, AUNOHR has developed strategies to prepare new instructors, facilitators, lecturers and trainers in order to shape a new generation of faculty members specialized in various non-violence fields serving Lebanon and the Arab world. Indeed, AUNOHR started the implementation of this sustained strategy, whereby a number of its outstanding students are on their way to become the rising power of this new generation.

Students’ testimonials regarding their professors,
●“At AUNOHR, the teacher incarnates the course” one student said, meaning that the teacher or lecturer is in harmony with the science and culture he/she teaches. Other students holders of higher degrees from other local or international universities said: "I am struck by the effort of selecting professors from all over the world with unprecedented skills" "the elite in the world," “it is rare to see a philosopher teaching his own writings"...