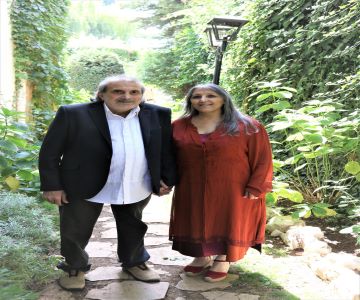 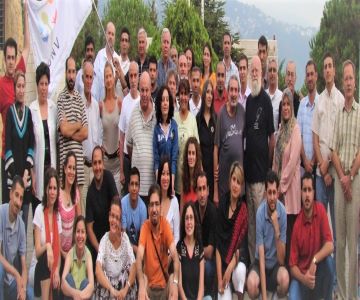 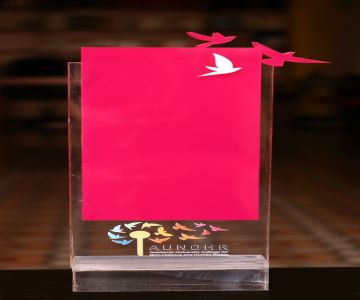 Education is not preparation for life; education is life itself.
John Dewey

❶
The philosophy of AUNOHR is founded on the principles of nonviolent education, both in form and content, an education that renders classrooms into “scientific and humane workshops”, as was said by one of the leading pioneers of human and educational thought, John Amos Comenius four hundred years ago.
AUNOHR has devised its curricula in a way that ensures that students graduate with scientific competencies and internationally acclaimed degrees. Its philosophy centers upon students’ satisfaction during their studies and after they embark on their life journey, happy and creative in the extensive human workshop. It is the education that relies on freedom of thought, expression, and creativity, as well as perseverance and responsible professionalism.
“What we have learned in AUNOHR is felt and perceived, rather than explained. You must be in the heart of the experience to know what is meant and to truly benefit…”  With these words did one student give a brief account of his/her experience at AUNOHR.
❷
AUNOHR bases its philosophy on the findings of theories in psychology which, despite variations in terminology, confirm that there are two main tendencies, or identities, within the human psyche: a true and authentic identity, “the authentic self”, and an alternative false or compensatory identity, “the false self”. These two tendencies, according to psychology, are in constant battle. Yet what is important is that the authentic self can be awaken, with the same being true for the false self. What determines which tendency/identity is triumphant are educational factors and the surrounding societal circumstances.
AUNOHR established itself as a  primary factor that enhances “the authentic self” of each student, i.e. the self of love, creativity, freedom, giving, and peaceful and sustainable self-development, at the expense of “the false self”, i.e. the self of fear, aggression, violence, substitution through accruing wealth, authoritarianism, and escapism.
It has been substantiated that man has the capacity for both violence and non-violence, and it is contingent on education, upbringing, and the surrounding environment to enhance one over the other and in turn transform it into an intrinsic “presumptive nature”. This is what the 1986 “Seville Proclamation” corroborated on behalf of over one hundred scientists from around the world where “No human behavior can evade the impact of education and training, including that of genes…”
AUNOHR’s curricula carry a scientific foundation that caters, above all, to the student as a human being, and as Erich Fromm plainly remarked on the same concept, “To Be or to Have.”
❸
All people are philosophers, provided they have confidence in their abilities.  “We are all philosophers because we have the will to give meaning to our existence and to our history.” It was with these words that the founder Ogarit Younan and the nonviolence philosopher Jean- Marie Muller summed up their views on philosophy when they called on students to “be philosophers.” Along these lines, the university curricula uniquely include “readings and writings” special program all year round about the pioneers of nonviolence, intellectuals, and philosophers; this program aims at cultivation and aids in preparation of articles and small researches. Through this we seek to ensure that our graduates are well-cultured critical thinkers who are able to shape their own opinions rather than mere holders of university degrees.

❹
According to the philosophy of AUNOHR, teachers both teach and learn, while students learn, teach themselves and each other. It is an education by all for all.
Self-teaching is itself a goal; AUNOHR seeks to make students hone this skill in order to regain confidence in themselves and in the skill that traditional education deprives them of.
Group learning is also a goal in itself; AUNOHR seeks to engage students in group work, and to ensure they experience its difficulties and benefits in order to get over the consequences of unilateral education and its systems.
Thus, interactive methods are at the core of AUNOHR’s pedagogical philosophy. In spite of the fact that the university has incorporated a complete specialization at the Master level on the philosophy of active and interactive training methods, the entire curricula is founded on interactive and participatory methods.
AUNOHR’s pedagogical philosophy states that each and everyone of us has the right to develop and re-educate himself/herself, and thus the responsibility of practicing this right falls on his/her shoulder.
Furthermore, how could any student complete his/her studies in nonviolence without addressing the accumulated effects of violence in his/her own personal history? This is why the university has dedicated an entire course and activities, that can, in addition to the regular courses, help students along this path of healing and self-rehabilitation. This journey is supported and supervised by local and international experts and professors in the fields of theater, arts, education and psychology.

❺
Academic programs on nonviolence are new to universities, and graduate students usually enroll without having a prior degree on the subject. Therefore, AUNOHR’ pedagogical philosophy was built with keenness on maintaining a high scientific and academic level. On this account, a portion of the curricula and academic activities were dedicated to fill the gap in previously acquired knowledge. Since this field of study is new, such gaps in student’s knowledge or skills are understandable.
In effect, the university has exerted an effort to dedicate further special care to aid each student in identifying his/her needs and handling them with flexibility, as well as with academic and human solidarity. It has instituted a support program, sometimes targeting individual students, commensurate with the student’s needs and academic and professional aspirations to help him/her to successfully complete his/her studies.

❻
AUNOHR’s pedagogical philosophy has been built on innovating curricula and majors that intersect with all career paths, fields of study, and social development. The university believes that all we learn and practice as careers in our societal roles must be closely aligned with the culture and skills of non-violence and human rights. Danilo Dolce, “The Gandhi of Sicily” and the innovator of the “Socratic Methodology” in raising awareness and training, expressed this conviction in his own words: “No subject is ever independently complete unless innovation and skills of nonviolent life are in the core of its content”.
Indeed, the culture and skills of nonviolence, human rights, and citizenship have become an essential need in building and developing our communities. This is the natural way of things, and it always would have been so had it not been for the neglect and marginalization of this culture. Today, these skills have become the building block in the development of all sciences, and this is what is witnessed in some developed countries in the last five decades in this respect. Here comes AUNOHR‘s role in institutionalize-ing these skills in modern academic majors, career choices, and social roles.

Whatever your previous field of study, level of education, and career path, studying at AUNOHR brings about a unique shift in your culture, career, and role in the society.

At the professional level, AUNOHR aims to:

« I did not know that this major was going to change my life. Every day opens a new door with good financial reward. I did not expect that… » ;

« The bank chose me over two other major companies to train managers and employees ... »;

« After completing only half of my studies, I was surprised to receive an increase in my training wages, an increase that I did not even ask for… » ;

« The administration asked me to share my expertise and skills with my colleagues although I was the youngest among them,..»;

« Following my first experience in non-violent education at my children’s school, the administration asked me to prepare a comprehensive project to implement over a span of three years to transform the entire institution into a pioneering non-violent school...»…

Students specialize at AUNOHR to hold jobs in the following categories:

“We struggled everyday for we did not know there were scientific strategies that could make a 180-degrees shift in the impact of our activity...”;

“The first time we used these methodologies, everyone around us sensed the difference...”;

“In direct actions and planning, they started viewing me as a reference...”;

“One of the major objectives of the University and results of this study is that it has created a non-violent Arab seed that will have a significant impact on our social roles and in facing violence; we have started to witness this impact and see its results...”
See: Students’ Testimonials

At the professional social level, AUNOHR strives to:
Prepare students, through a number of its unique majors in higher education, to specialize in civil work and in the methodologies of social change.

Our societies are in dire need of renewal and professionalism, and they deserve our furnishing them with high caliber of activists, advocates and officials in civil work management, impact and creativity. Moreover, these roles have become an intrinsic part in quality and financially rewarding social careers.

Thus, students specialize at AUNOHR to professionalize in the field of:

Non-Violence is two ‘NOs’: No to self-violence, and No to the others’ violence, to injustice.
The first No is individual ethics; and the second No is an efficacy both social and political.

A small slap on a child’s cheek is a big slap for democracy everywhere.

Do not resist evil with evil.

Be the change that you wish to see in the world. 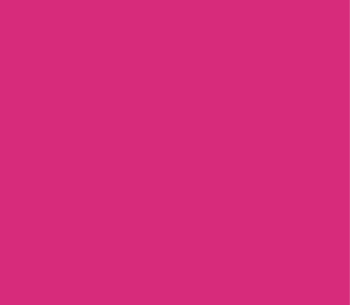 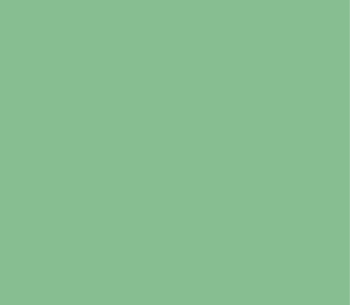 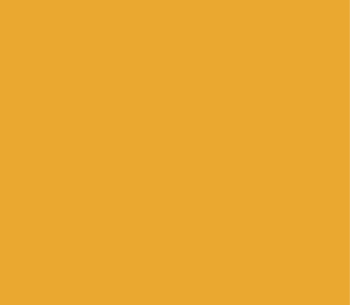 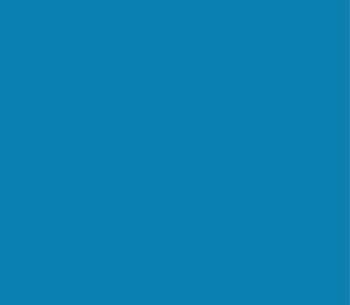 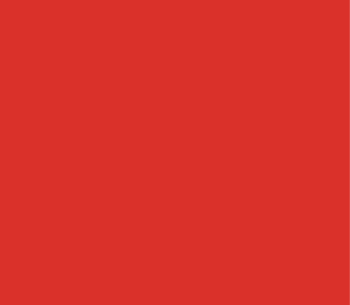 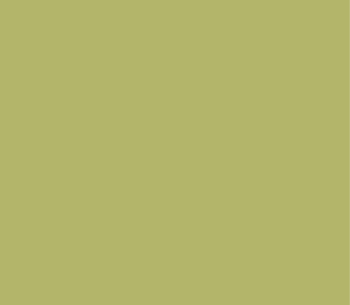 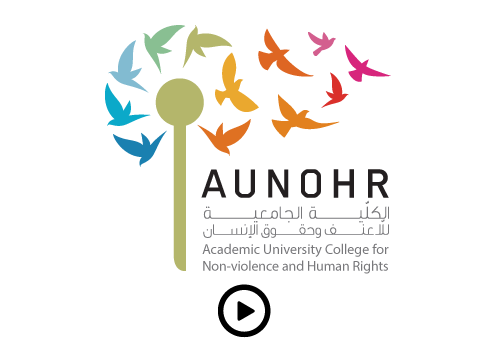 When my friends from Lebanon

When my friends from Lebanon

When my dear friend Ogarit Younan told me that they founded a University for NON-VIOLENCE, I saw a light emerging from the present’ darkness… I fully share the objectives and aims of AUNOHR, and will struggle together against violence and to establish human rights and justice, for a new beginning and a radical change in our minds and hearts and for the transition from a culture of violence to a culture of peace...

It is truly prophetic and pioneering

It is truly prophetic and pioneering

It is truly prophetic and pioneering work with a programme of Nonviolence and Human Rights, so necessary not only in Lebanon, the Middle East, but the entire world, faced as we are to increasing violence and injustice...

We need peace, not wars. And here comes a university for non-violence, a model offered to all from the Arab region, in immense priority, for a new horizon of consciousness and justice... It's all about being able to transform violence into a creative process of active non-violence. And that for a price, the price of commitment and love...